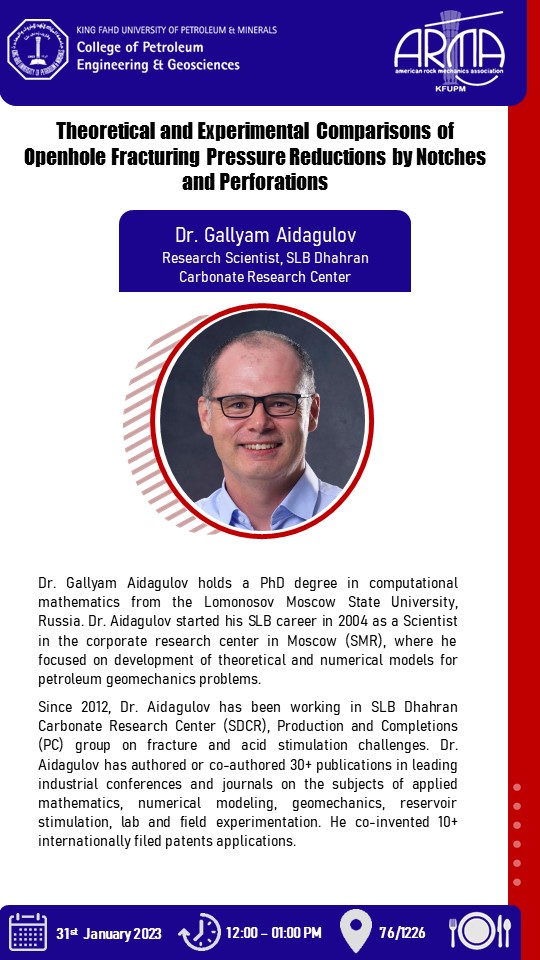 ABSTRACT Placing weak point(s) within the well's stimulated section can reduce hydraulic fracture initiation pressure (FIP) and thus stimulate the intervals, which otherwise could not be broken down within the pressure

Placing weak point(s) within the well’s stimulated section can reduce hydraulic fracture initiation pressure (FIP) and thus stimulate the intervals, which otherwise could not be broken down within the pressure limits of completion and pumping equipment.

In this work, two essential weak point shapes applicable to the openhole environment were considered: 360° (or circular) notches and perforation holes. The former included blunt (U) and sharp (V) notches, while the latter were represented by single and triple in-plane perforation holes. Triple holes were 120°-phased and, similarly to notches, penetrated the rock within a single plane perpendicular to the wellbore. With a focus on an openhole wellbore parallel to the minimal far-field stress, these weak points were compared by their ability to initiate transverse fracture and reduce fracturing pressure. First, FIP and initiated fracture orientations were simulated using the theoretical model, based on 3D elastic stress analysis and non-local rock fracture criterion. Second, performance of each weak point was tested in a series of large-scale true-triaxial hydraulic fracturing experiments on 0.61×0.46×0.46 m (24x18x18-in.) cement blocks, where boreholes and weak points were casted precisely to the given shape and dimensions.

Conducted lab experiments confirmed the theoretically predicted superiority of notches over holes in reducing fracturing pressure. Also, outcomes of the numerical model were wrapped in explicit generalized Hubert-Willis FIP formulas for the open holes weakened with perforations and notches. These explicit FIP formulas provide useful estimations that can be applied in well stimulation design.