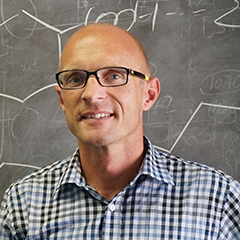 Dr. Solling is currently a Senior Research Scientist and the Program Lead of the Oilfield Chemicals program in the Center for Integrated Petroleum Research, College of Petroleum Engineering & Geoscience, King Fahd University of Petroleum and Minerals.  Dr. Solling has a background in Physical Organic Chemistry as studied with ultrafast lasers, and interest that came from his postdoc years at Caltech under the guidance of late Professor Ahmed H. Zewail. After a three year position as a Researcher at Risø National Labs, Dr. Solling became Associate Professor (Organic Chemistry) at the University of Copenhagen and worked on ultrafast phenomena until he was appointed team lead at Maersk Oil Research and Technology Centre in Qatar.  He returned to the University of Copenhagen as a Full Professor in 2016 to set up an educational specialization in Chemistry for the oil and gas sector.  In 2018 he moved to the Kingdom of Saudi Arabia to be a part of CIPR. 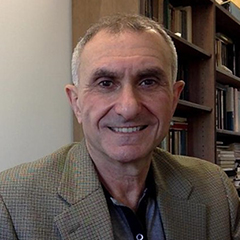 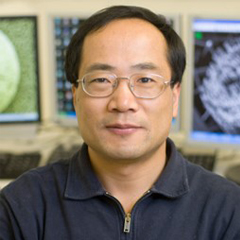 Dr. Pan is currently a Senior Research Scientist and the Program Lead of Colloid and Interface program in the Center for Integrated Petroleum Research, College of Petroleum Engineering & Geoscience, King Fahd University of Petroleum and Minerals. Prior to joining KFUPM, he was a Professor (2016-2018), Associate Professor (2011-2016) and Assistant Professor (2006-2011) in the College of Engineering and the Department of Physics and Astronomy at the University of Georgia, Athens, Georgia, USA. He was a Research Associate (2002-2003), Guest Scientist (2003-2005) and Staff Scientist (2005-2006) in the Chemical Science Division and the Center for Nanophase Materials Science at the Oak Ridge National Laboratory, Oak Ridge, Tennessee, USA. He conducted postdoctoral research at Georgia Institute of Technology (Atlanta, Georgia, USA) in 2000-2001, City University of Hong Kong (Hong Kong, China) in 1999, and Institute of Physics, Chinese Academy of Sciences (Beijing, China) in 1997-1999.