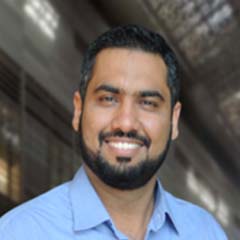 Received the B.S. degree in electronics engineering from COMSATS University Islamabad (CUI), Abbottabad, Pakistan, in 2007, the M.S. degree in communication engineering from the Chalmers University of Technology, Gothenburg, Sweden, in 2010, and the Ph.D. degree in electrical engineering from the Division of Computer, Electrical, and Mathematical Sciences and Engineering, King Abdullah University of Science and Technology, (KAUST), Thuwal, Saudi Arabia, in 2020. From 2011 to 2013, he was a Research Engineer with the Microwave Laboratory, University of Calabria, Rende, Italy. From August 2007 to September 2021, he served as a lecturer to the electrical and computer engineering department at CUI, Lahore, Pakistan, where he taught at undergraduate and graduate levels.
Dr. Sandhu is currently working as a postdoc fellow at the CIPR at the CPG at KFUPM. His research interests include applied computational electromagnetics with emphasis on characterization of electromagnetic fields and wave interactions on complex geometries, and solution of two- and three-dimensional joint EM and Seismic inverse problems incorporating signal processing and machine learning techniques. Dr. Sandhu was the finalist for the student poster competition at the IEEE IST conference in 2016 and secured the best student paper nomination at the IEEE Applied Computational Electromagnetics Society Conference in 2017. He was also awarded with two Bronze medals for securing distinction in his undergraduate discipline at campus as well as institute levels at CUI, Pakistan. 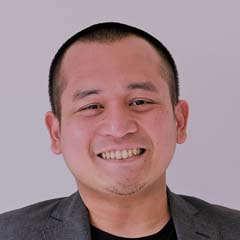 Dr. Adhipa is a carbonate and structural geologist. Specialized in the novel clumped isotopes laboratory analysis related to the fracture. Experienced with detailed structure-carbonate geological fieldworks and aerial drone photogrammetry.