The QS system is the most widely viewed university ranking worldwide. KFUPM is now in the same tier as top and elite schools (e.g. UT Austin, Stanford, Texas A&M U., and Imperial College) in this field. This recognition is well in-line with the vision of the College to be among the top international universities Petroleum Engineering and Geosciences in ten years. 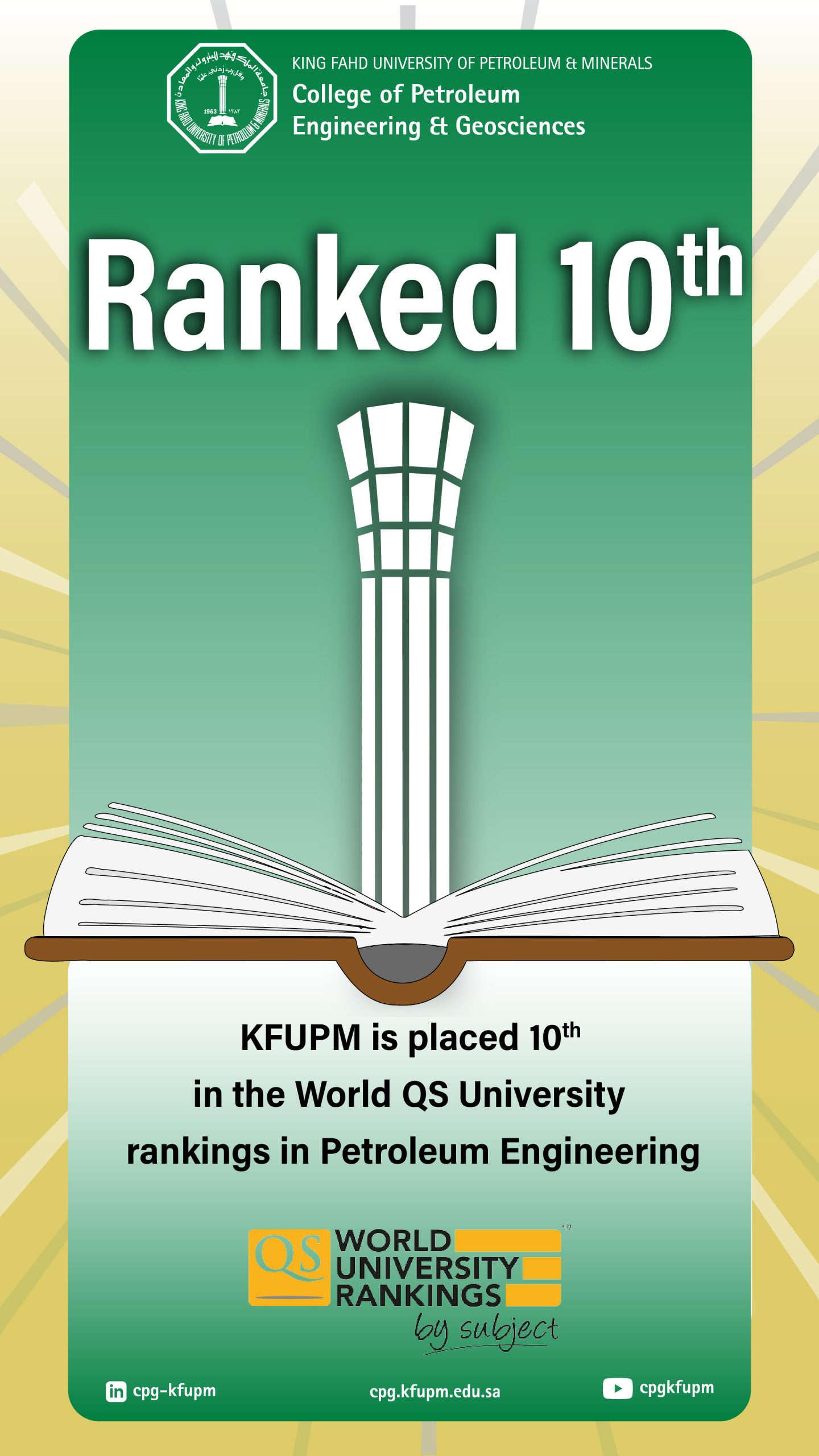