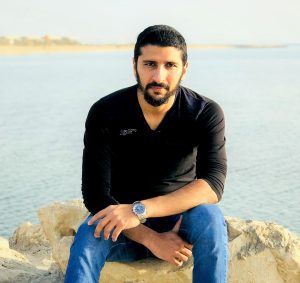 Mr. Muhammad Usman, a Master’s student in the Department of Geosciences, College of Petroleum Engineering & Geosciences (CPG), King Fahd University of Petroleum and Minerals, has won an AAPG Foundation Grants-in-Aid award for 2020. He is the only candidate in the Middle East region to receive this award in 2020 out of more than 343 applications and 110 selected candidates from across the world. This prestigious award is for his research entitled, “Source rock characterization of late Jurassic (early Kimmeridgian) carbonate mudrocks of the Jafurah sub-basin, eastern Saudi Arabia”. This collaborative research between CPG and Saudi Aramco is under the supervision of Dr. John Humphrey (Advisor, CPG-KFUPM), Dr. Khalid Al-Ramadan (CPG-KFUPM), and Dr. Leroy Ellis (Saudi Aramco).

Mr. Usman’s research fills a gap in hydrocarbon resource assessment of the Jafurah sub-basin by studying the organic geochemistry of a potential unconventional source-rock formation that previously had not been studied in detail. The Jafurah sub-basin was recently identified as the Kingdom’s largest unconventional non-associated gas field, capable of making Saudi Arabia a globally significant natural gas producer. Results from his study of source rock quality, generation potential, and thermal maturity will aid in quantifying overall resource estimates of the basin.

Attached here is the link for AAPG-GIA, 2020 award recipients.
https://foundation.aapg.org/grants-in-aid-recipients