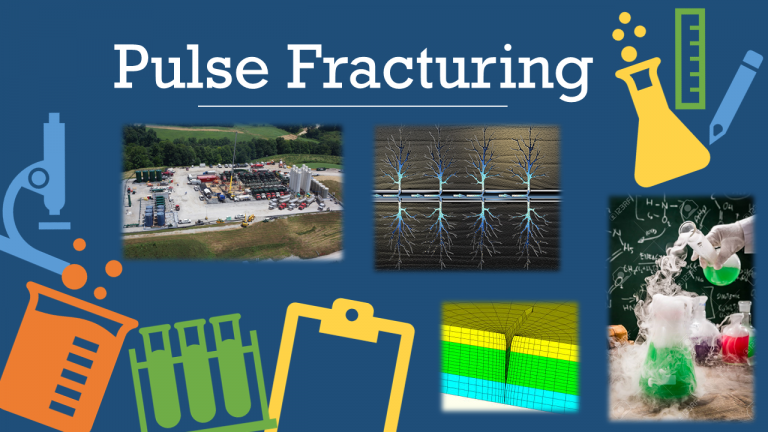 To overcome operational and technical challenges involved in a horizontal well multistage fracturing, the alternative way to increase the SRV is by creating multiple radial fractures by performing pulse fracturing. Pulse fracturing is a relatively new technique, which can be served as an alternative to a conventional hydraulic fracturing in many cases such as to stimulate naturally fractured reservoirs to connect with pre-existing fractures, to stimulate heavy oil with cold heavy oil production technique, to remove condensate banking nearby wellbore region, and to avoid formation damage near the vicinity of the wellbore originated due to perforation. Pulse fracturing is not involved with injecting proppants into the reservoir, so it is also a relatively cheaper technique. The success of pulse fracturing depends on a better understanding of the exact pressure-time response.

One common and major problem in most of the unconventional reservoirs is the high breakdown pressure due to the reservoir tightness. When fracturing these types of rocks, the hydraulic fracturing operation becomes much more challenging and difficult. In some scenarios reaches to the maximum pumping capacity without generating any fractures.

Through research collaboration with researchers from Saudi Aramco, Dr. Mohamed Mahmoud and his students have executed several research projects on the application of thermochemical fluids to cause pulse fracturing. A study was carried out in the state-of-the-art laboratories at KFUPM to reduce the breakdown pressure of the unconventional tight rocks using thermochemical fluids. Below figure shows the injection pressure profiles obtained with hydraulic fracturing and thermochemical fracturing experiments on cubicle samples. From the analysis of the figure, it can be observed that due to the thermochemical treatment, the breakdown pressure of the unconventional rock reduced significantly. 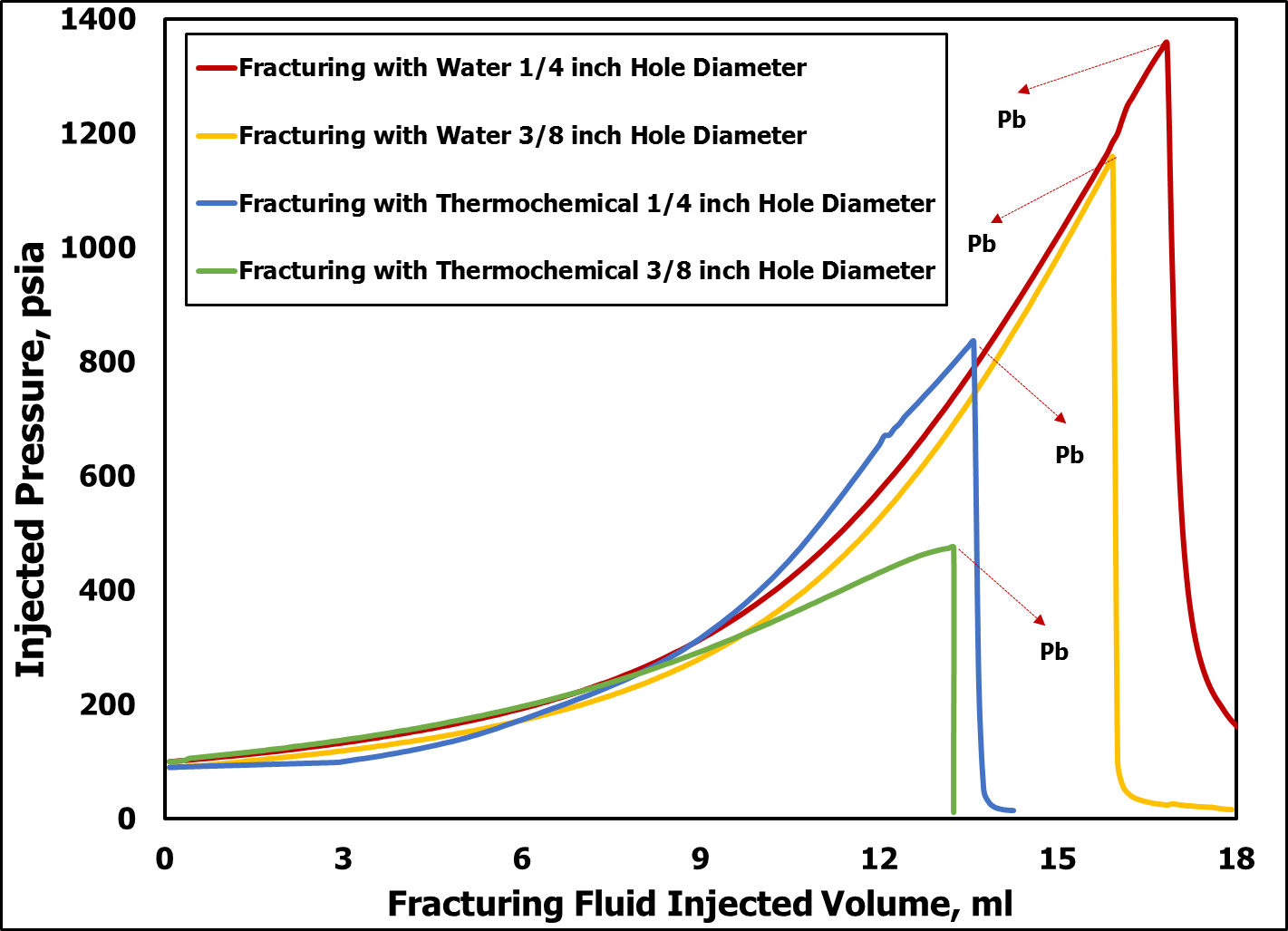