The current development of unconventional resources (such as shale gas, shale oil, and tight sands) requires hydraulic fracturing, which involves injecting fluid at high pressure into the subsurface reservoir. Such injections (or fluid production) cause stress changes in the reservoir. These stress changes often result in failure of the rocks with a concurrent release of seismic energy as seismic waves. The nature of seismic wave propagation in the subsurface media is complex. Based on the direction of propagation and the particle motion, body waves can be classified into P-waves (primary, compressional wave) and S-waves (secondary, shear wave). Passive microseismic monitoring is based on recording these emitted waves and then using signal processing to extract characteristics such as amplitude, polarity, and arrival time, from which it is then feasible to estimate the location and character of the failure events ( McClellan, Eisner, Liu, Iqbal, Al-Shuhail and Kaka, 2018).

Passive microseismic monitoring requires new approaches to accurately detect and localize passive microseismic events in order to track the creation of fractures during and after the simulation and to evaluate the effect of the reservoir simulation. However, microseismic events usually have a very low signal-to-noise ratio (SNR), especially when monitoring sensors (receivers) are located at the surface where coherent and non-coherent noise sources are overwhelming. Therefore, we’re actively researching in enhancing the SNR of the monitoring event that will improve the monitoring process over the reservoir.

Over the past few years, we have introduced several new approaches to enhance, detect, and localize the passive microseismic event.

They include the following, but not limited to:

Moreover, passive microseismic events are a useful indicator of fluid migration associated with hydraulic fracturing. Thus passive microseismic event monitoring has made significant contributions to understanding the geometry of fractures associated with hydraulic stimulation. The key is to track the creation of fractures during and after the stimulation.

At CPG we have been able to establish a Passive Microseismic Data Analysis Center including purchasing both hardware and software to analyze passive seismic data as well as training of several faculty members and students on processing, enhancing microseismic data. The equipment, software, and knowledge gained so far are extremely beneficial for the Department of Geosciences at KFUPM.  We are now in a position to process and enhance passive seismic data and its application in training Saudi students for their future careers in the oil and gas industry. 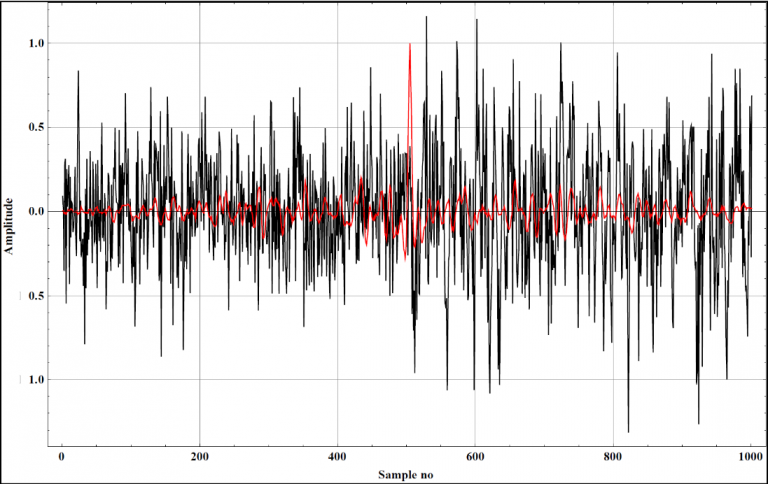 Comparison between the first traces of the enhanced (red) and raw records after adding noise (black). 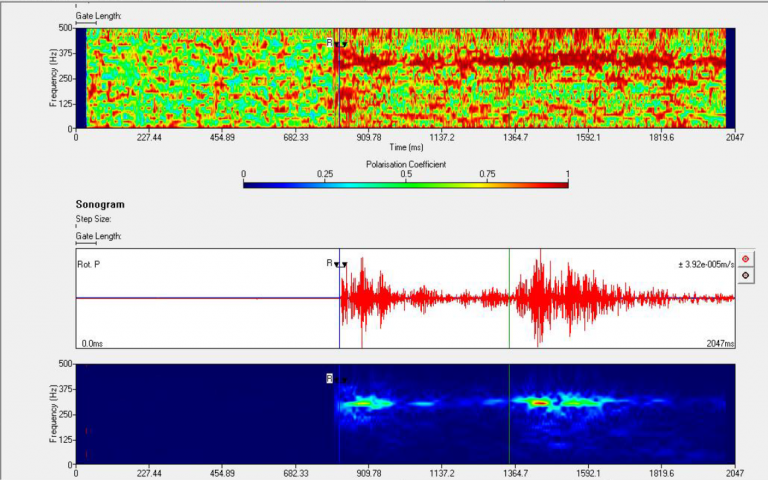 Example waveform from a ‘Located microseismic event’ a) Waveforms recorded in the 10 geophone tools, b) Polarisogram, and frequency content of an example component. 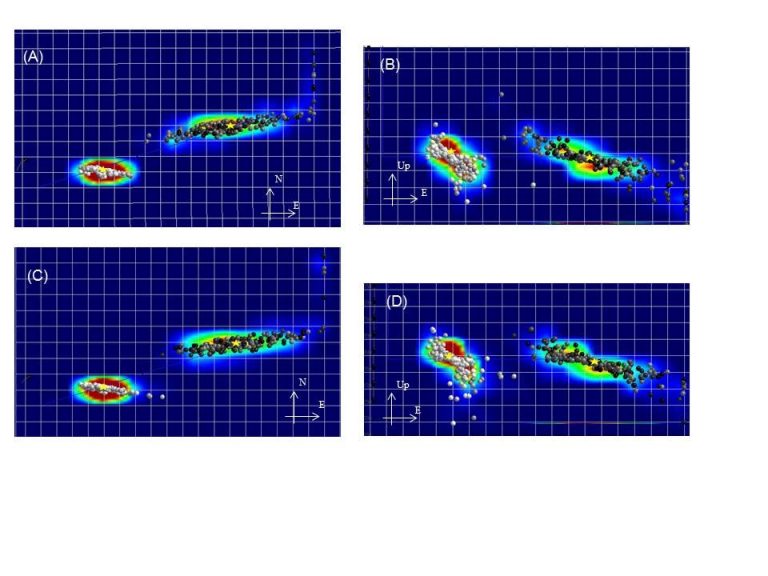 Locations of 1,294 microseismic events shown as density of events, b) Ellipsoids fitted to the located microseismic events, induced in each treatment stage, to determine the stimulated volume and fracture network geometry for each stage