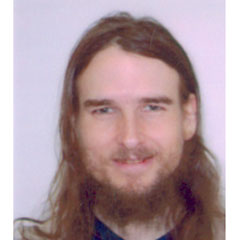 Jarvis Cline first stepped on KSA regolith in 2010, on a 6-week campaign to create digital outcrop models within the Kingdom while working for a startup company spun out from UT-Dallas.  While Jarvis’ technical background is in software development, he has a layman’s love of natural science and is honored to work in a supporting role to academics and researchers.  He also enjoys being an impactful member of an innovative small team, thus he values his experiences at two startups (Geological & Historical Virtual Models, LLC and FalconViz LLC) both in the field of 3D data capture.  Working as a consultant at KACST in Riyadh (2013-2016), he gained experience in remote sensing and aerial survey.  Jarvis considers it a life privilege to now be working at King Fahd University of Petroleum and Minerals, within the Remote Sensing Laboratory at CPG.  He views this as the perfect setting to make good on his passion for supporting students and researchers, following up the lifecycle of projects having both academic and economic importance, and continuing his personal penchant for creating photorealistic outcrop models and developing the tools to do useful things with them.  Jarvis would like to acknowledge some of his mentors including Carlos Aiken, Lionel White, Neil Smith, and (less directly) Ron Monsen for providing the vision which has led to such a personally rewarding career path.  Mr. Cline is also grateful to be working in Saudi Arabia during a transitional period, and hopes in some small way to continue the tradition of contributing globally-sourced talent to the momentous initiatives happening within KSA.