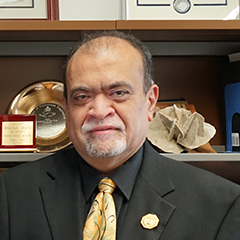 In 1987, Shirish joined the newly established Petroleum Development Laboratory, University of Alaska Fairbanks (UAF) as Research Associate. He was instrumental in designing the research laboratories and overseeing the graduate research. He joined the faculty of the Petroleum Engineering department in 1991 and rose through the ranks to Full Professor in 2007. Shirish served as Director of the Petroleum Development Laboratory for the past 10 years. He then joined CPG in Sep. 2016 as Saudi Aramco Chair Professor of Petroleum Engineering. Shirish has served in numerous capacities the professional Society of Petroleum Engineers (SPE), American Association of Drilling Engineers (AADE) and the Accreditation Board for Engineering and Technology (ABET).  Shirish has served as UAF Faculty Senate President and Chair of the University of Alaska system-wide Faculty Alliance, representing all three university campuses, as well as 7 rural satellite campuses. Shirish also serves as Associate Editor of the Arabian Journal of Science and Engineering (AJSE) and serves on the editorial board of Journal of Petroleum and Environmental Biotechnology (JPEB) and International Journal of Petroleum Engineering (IJPE).