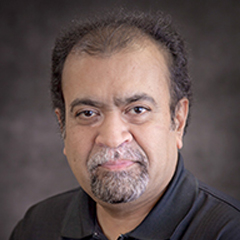 Saudi Aramco Chair Professor in Department of Petroleum Engineering at KFUPM.  He has over thirty five years of experience in PVT and phase behavior, miscible/immiscible displacement, EOR, Methane Hydrates, and other research areas.  He served as Director of the Petroleum Development Laboratory at the University of Alaska Fairbanks and serves on numerous boards and societies. Recipient of numerous awards and recognitions, he is 2012 Society of Petroleum Engineers (SPE) Distinguished Member.