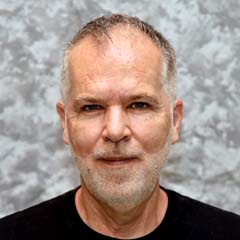 Peter Mora obtained a B.Sc. Hons in Geophysics from Adelaide University, Australia in 1979 with a thesis on Seismic Raytracing. He worked for 2 years as an Exploration Geophysicist for ESSO Australia and as a consultant in seismic ray tracing to Delhi Petroleum. He obtained an M.Sc. in 1984 and Ph.D. in Geophysics in 1987 from Stanford University on the topic of Full Elastic Wavefield Inversion. After working for 2 years for a pioneering massively parallel supercomputer company – Thinking Machines – he worked as a researcher and then Professor at Institut de Physique du Globe in Paris, France until 1994. He then joined The University of Queensland where he formed a research centre, initially QUAKES and later Earth Systems Science Computational Centre (ESSCC). In 1999, he established the APEC Cooperation for Earthquake Simulation, a collaborative research effort to simulate earthquake related phenomena. In 2002 he established a Major National Research Facility – The Australian Computational Earth Systems Simulator – aimed at simulating geophysical phenomena. From 2010-2018 he was Chief Scientist of a startup company aimed at predicting Foreign Currency Exchange Rates (FOREX). In January, 2019, he joined the CPG at KFUPM. His research spans Full Wavefield Inversion and computational geophysics ranging from simulation of earthquakes and fracture, to simulation of convection and fluid flow. He has over 200 publications. He has supervised over 20 Ph.D. students and 12 M.Sc. Students.