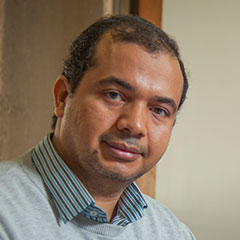 Dr. Mahmoud is employed as an Associate Professor at The Department of Petroleum Engineering since 2016.  His involvement with KFUPM began in 2008 when he assumed the role of a Research Assistant at the Department. From 2004-08 he worked as a Petroleum Engineer at Belayim Petroleum Co. in Egypt. During the period from 2001-04, he was a drilling engineer at Magawish Petroleum Co., Egypt. His Research interests are varied and covering subjects including Well simulation, enhanced oil recovery and multiphase flow in vertical and horizontal wells.