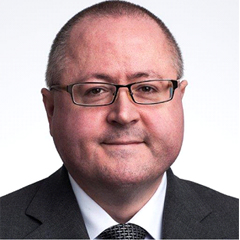 Dr. Kion Norrman is currently a Research Scientist in the Center for Integrated Petroleum Research, College of Petroleum Engineering & Geoscience, King Fahd University of Petroleum and Minerals. He was a Postdoctoral Researcher at University of Waterloo, Canada (1997–1998) with a focus on fundamental gas-phase ion chemistry, followed by a one-year stay at the Danish Technological Institute, Denmark (1998–1999). He continued his work at Risø National Laboratory, Denmark as a (i) Postdoctoral Researcher (1999–2002), (ii) as a Researcher (2002–2005), and (iii) as a Senior Research Scientist (2005–2012). From 2012 to 2019 he worked as a Senior Research Scientist at the Technical University of Denmark. The work involved chemical modification/degradation phenomena at surface and interfaces in order to control/understand physical properties (1999–2005) in mainly polymer materials, which later on (2005–2019) was expanded to materials used within sustainable energy, such as organic solar cells and solid oxide fuel/electrolysis cells.