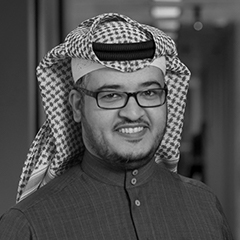 Currently employed as a Lecturer at CPG and been in post for over 7 years. In 2002 Ayman received his BS in geophysics from the Geosciences Department then on completion of his Degree, he returned to the Department as a lecturer in 2010. His career path then took him to Schlumberger where he worked for 7 years, during which time he also secured his Master of Science Degree in Geophysics from KFUPM.