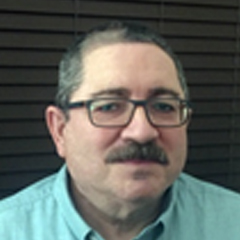 Dr. Gonzalez served as a councilor for Geochemistry for the American Quaternary Associations (2008-2011), a board member of the Society for the Advancement of Chicanos/Hispanics and Native Americans in the Sciences (SACNAS; from 2013-2015), member of the SACNAS National Conference Program Committee 2013-2016 (chair in 2016); has served in numerous committees of the Geological Society of America including the Diversity in Geoscience Committee (2009-2012; Chair 2010-2012), Bromery Award Selection Committee (2010, 2012), and various others.  He was a panelist for the National Academies of Sciences Ford Foundation Scholarship program from 2013 to 2016.  Since July 2009 through December 2016 he served as the Chair of the Department of Geology at the University of Kansas.

Dr. Gonzalez’ research utilizes field, microscopic, and geochemical techniques to understand the controls on carbonate precipitation in a variety of environments and during diagenetic transformations.  His early research focused on paleoenvironmental reconstructions, with emphasis on the reconstruction of paleohydrology and quantification of the hydrologic cycle.  His interest and diverse and his most recent research has focused on three major areas/aspect: 1) the controls on carbonate cementation in modern systems using empirical and experimental approaches, 2) with colleagues he has focused on dolomite precipitation and dolomitization processes, 3) the use of carbon isotope chemostratigraphy as a tool for high-resolution correlations and the quantification of duration of non-deposition event and exposure surfaces. His H-Index score is 32, and i10 index is 62 and has authored or co-authored over 100 papers and over 200 abstracts of presentations.