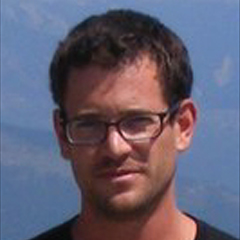 Johan Le Goff received his B.Sc. and M.Sc. degrees in geology from Ecole Nationale Supérieure Environnement – Géosciences – Ingénierie – Dévelopment (ENSEGID) in Bordeaux (France) in 2010. His Ph.D. (2015) was carried out under a double-degree agreement between ENSEGID and    the KU Leuven (Belgium). He worked in 2016 as an invited researcher at the University of Bordeaux and since 2017 as a post-doctoral researcher at KFUPM-CPG, Saudi Arabia. His research interests include marine sedimentology and carbonate systems, with a special emphasis on carbonate-slope transfers of sediments.